Construction in Thailand – Get Ya Boots On! The Start of Construction – Groundworks

Heading into the rainy season isn’t the best time to start construction in Thailand. Once the heaven’s open up and start to deluge the parched land there is no let up for 3 or 4 months.

Fortunately for us (at the time of writing) we have been very lucky with the rain missing our land during the first stages of building our footings. The groundworks has been prepared and twenty three posts have been built on our plot and in a few weeks, once they are fully set, our 4 shipping containers will be lowered on to them.

At the this stage in the building process, we have also had water and electricity brought on to the land and the septic tank has been buried.

To keep costs down, we decided to use two construction teams. The first is in Bangkok and are cutting, painting and preparing the four shipping containers. The second is a local team from Trat province. The saving we made on the first phase of construction essentially paid for a new kitchen we are having designed and built. The bespoke kitchen is being designed in Chanthaburi, our neighboring province. 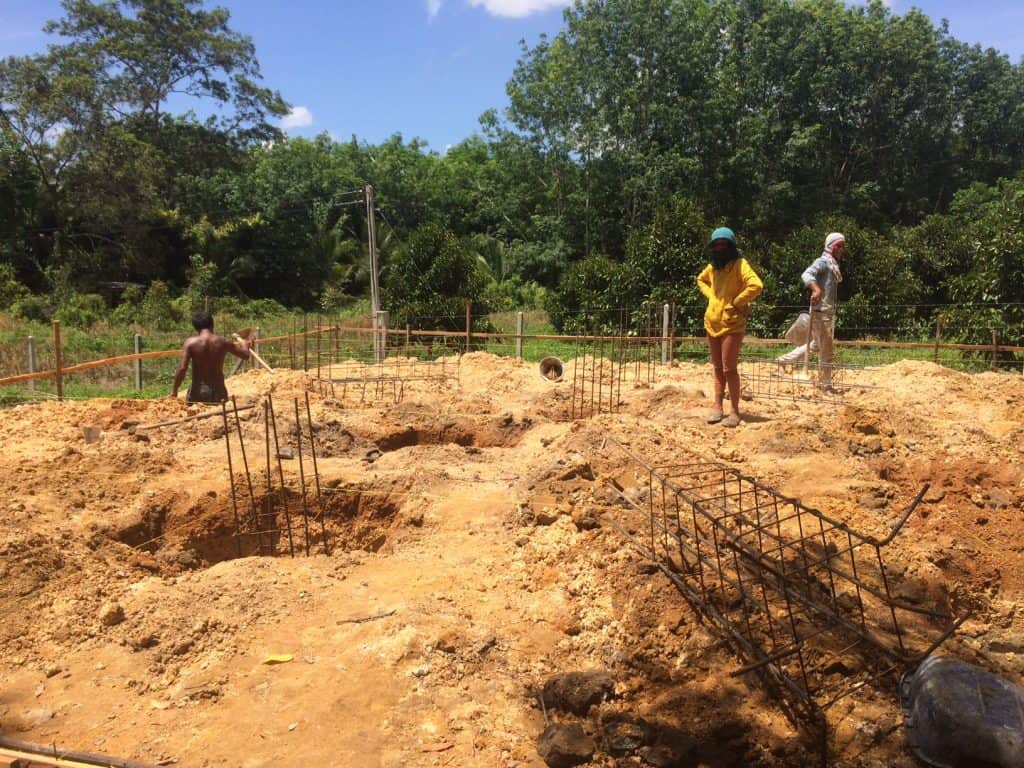 You may notice a certain gentleman, (no it’s not one of the Bee Gees) on the mudflap of the cement truck. If you have been to Thailand for even a short amount of time, you will have seen this familiar face on many a truck.

Thai’s are a superstitious lot who adorn themselves in amulets, have their cars blessed by monks, have spirit houses outside their houses and a host of other shrines and Buddhist imagery.

Truck drivers in Thailand have adopted the image of the legendary actor Al Pacino from the 1973 film ‘Serpico’ to protect them from corrupt police officers. In the film, Pacino played an undercover police officer fighting corruption in the NYPD, specifically targeting officers ‘on the take‘. Here’s a short clip of Serpico doing what he does best…

Thai truckers don’t have Frank Serpico mudflaps for good luck but to discourage the attention of corrupt Thai police officers.

Construction in Thailand – Get Ya Boots On!

The Best of Koh Chang and Some Pet Peeves